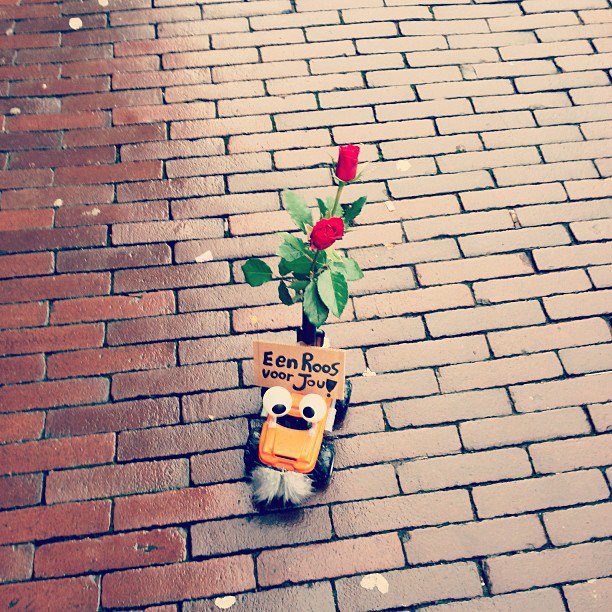 A Rose For You

As part of a workshop about creating something in the public space, we built a radio-controlled car that gave out roses to passersby, played football in an alley, and chased children at the train station.

Charles, the RC Car, is looking for love. With his googly eyes and fine moustache, he sets out in Utrecht city centre to give people his roses! See some of his adventures in the video below.

I built and modified Charles and helped develop the concept behind him and the several experiments we performed with him.